The world fisheries and aquaculture industry 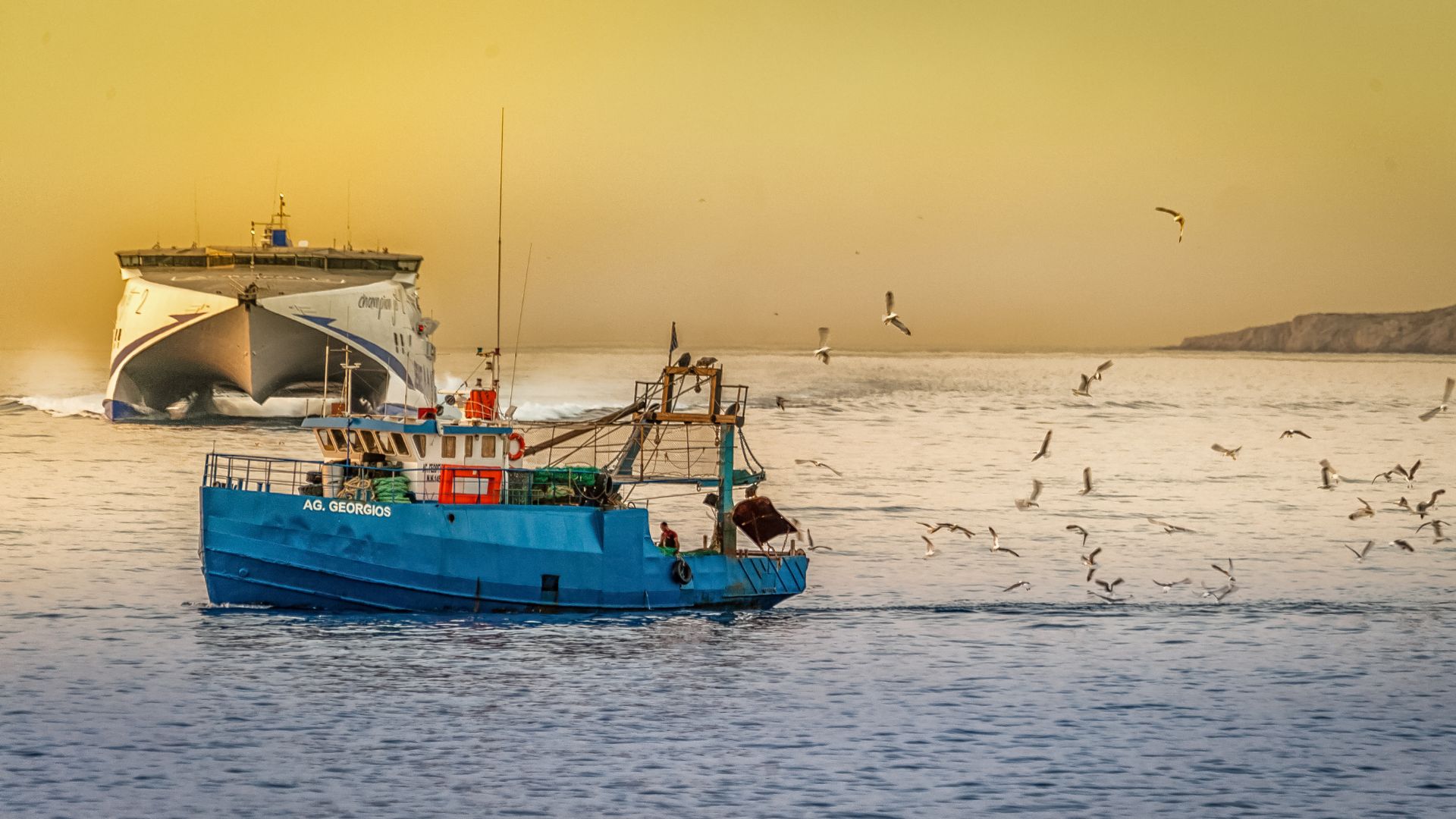 The international trade in aquatic products has grown significantly in recent decades, expanding across continents and regions. This expansion has been mainly due to economic growth and the cultural and technological progress that globalization has brought with it.

In 2020, 225 countries and territories registered some activity related to trade in fishery and aquaculture products. World exports of aquatic products, excluding algae, totaled 59.8 million tonnes in live weight with a value amounting to USD 151 billion. This marks the second consecutive decline, below the all-time high of USD 165 billion in 2018.

China has become the world’s leading country that produces, exports, and processes aquatic products. Its exports comprise large quantities of domestically produced cephalopods, shrimp, tilapias, and bivalve mollusks, as well as processed white fish such as Alaska pollock and cod.

Norway has been the second-largest exporter of aquatic products since 2004. In 2020, Norway exported USD 11 billion worth of aquatic products, which represented 7.4% of the world’s total. Norway, which is the world’s largest producer of farmed Atlantic salmon, also records significant catches of small pelagic species and groundfish species such as cod.

Vietnam has been the third largest exporter of aquatic products since 2014 and has become by far the world’s largest producer and exporter of farmed pangasius, complemented by a large shrimp farming industry and a strong processing sector.

Chile, the fourth largest exporter of aquatic products, has used its geographical advantages to develop an extensive aquaculture industry, accounting for the world’s second-largest producer of salmonids, supplemented by smaller amounts of mussels. In 2020, Chilean exports of aquatic products totaled USD 5.9 billion, corresponding to 3.9% of the world value.

Other leading exporters include Canada, Ecuador, Indonesia, Thailand, and the European Union. The European Union itself is the world’s largest exporter, but the vast majority (78% of the value) corresponds to intra-community trade.

There are differences between marketed fishery and aquaculture products in terms of species, origin, product form, packaging, and preservation method.

Almost 90% of the quantity (equivalent in live weight) of aquatic products that are marketed corresponds to preserved products, most of them frozen. However, thanks to the demand for fresh aquatic products and improved packaging and logistics technologies, the share of fresh products in trade volumes has increased over time.

Salmon, especially farmed Atlantic salmon, has been one of the species that has contributed most to the growth of world trade in fishery and aquaculture products in recent decades. As a versatile and high-value species suitable for large-scale aquaculture, salmon occupies a strong competitive position in the world market. The growth in demand for salmon has outpaced that of other fish categories in almost all regions, and Atlantic salmon aquaculture has grown to become one of the most profitable and technologically advanced industries.

Shrimp and prawns have traditionally been part of the most commercialized aquatic products. Currently, they are produced primarily through intensive shrimp farming in Latin America and East and Southeast Asia, with the majority of the supply going to consumers in high-income markets in North America, Europe, and Japan. The markets of the United States of America and Japan are mainly supplied by temperate water species supplied by major producers such as India, Indonesia, Thailand, and Vietnam.

Bottom fish and other white fish

Whitefish encompass a wide range of species, both wild-caught and farmed, including cod, bream, grouper, Alaska pollock, tilapia, Nile perch, and pangasius catfish. These species are similar in terms of taste and texture and, depending on the product, can be substituted for one another to a certain extent. The fleets of the United States of America, the Russian Federation, Iceland, Norway, and the European Union make up the majority of the world’s production of wild-caught groundfish. The European Union is by far the largest import market for wild-caught groundfish, while China plays an important role in the world market as a processor of raw material and re-exporter.

In 2020, the value of world exports of tunas, bonitos, and marlins amounted to USD 14.6 billion, equivalent to 9.7% of the value of all exports of aquatic products. This percentage has been relatively stable for many decades due to the continuing popularity of tuna. The tuna trade consists of two broad product groups; the first includes processed and canned tuna, and the second group includes high-quality fresh tuna for the sushi and sashimi market. Bluefin and bigeye tuna are often used for sashimi and sushi, while skipjack, albacore, and yellowfin tuna are used as raw materials for processed products. Thailand has established a large tuna processing industry that is supplied by raw materials landed directly at Thai ports by fishing fleets and plays a key role in the international tuna trade. The United States of America is the main destination for Thai exports of processed tuna. Smaller but more prominent industries also exist in other parts of Asia, Africa, and Latin America, where Ecuador supplies the European Union market with large quantities of processed tuna and raw materials for European processors.

Cephalopods are a class of mollusks that includes octopus, squid, and cuttlefish. They are almost entirely caught in the wild, with most of the supply coming from China, India, Morocco, and Peru. The most important import markets for cephalopods are China, Japan, the Republic of Korea the European Union, especially Spain and Italy. Octopus is a popular dish on the menu of many restaurants, and this popularity has increased in recent times as a result of the increased demand for Hawaiian poke and Spanish-style tapas-based cuisine. Squid and cuttlefish are also used as ingredients in dishes of this type and are sold in large quantities at retail, usually preserved or processed.

The most important bivalve mollusk species for international trade are scallops, clams, oysters, and mussels. Today, the vast majority of bivalve mollusks consumed are farmed and processed in various European countries, North America, China, and Chile. China, the United States of America, the Republic of Korea, and the European Union account for the bulk of import demand.

Small pelagic species such as mackerel, herring, sardines, and anchovies account for a significant proportion of world capture fisheries production. China, the Russian Federation, Japan, Morocco, Norway, the United Kingdom of Great Britain and Northern Ireland and the European Union report significant volumes of catches and exports. Despite the low unit value, these species represented 6.7% of the total value in 2020.

The above value of USD 151 billion for aquatic product exports in 2020 does not include an additional USD 1.9 billion derived from seaweed and other algae (58%), inedible fish by-products (33%), and sponges and corals (9%). Seaweed trade increased from USD 65 million in 1976 to USD 1.1 billion in 2020; the main exporters were China, Indonesia, and the Republic of Korea, while the main importers were China, the United States of America, and Japan. 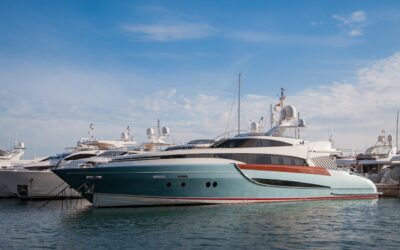 What is a Yacht Ship Chandler and Why Should You Use One?

Table of contents What Services Do Yacht Ship Chandlers Provide? Essential Supplies and Equipment for Yacht Owners The... 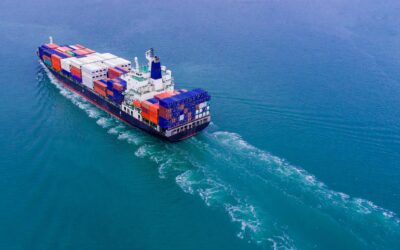 How Do Ship Chandlers Work and What Services Do They Provide?

Ship chandlers are shops that provide services to boat owners. These services range widely and include things like... 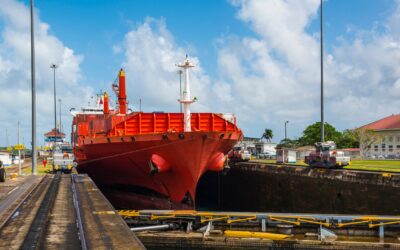 The future of Panama’s logistics sector